*you could cry or die or just make pies all day 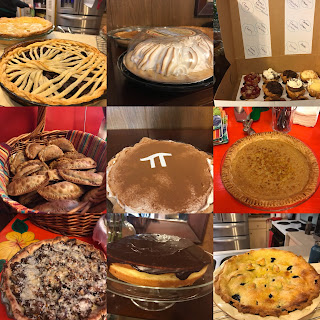 Once a year, roughly around March 14 (Pi Day!), my framily celebrates with Pienanza! Pienanza! is a holiday made up by my friend Rhea. It’s a potluck party but guests only bring pie. Any pie will do, and the band of okay for how you define pie is quite broad. This year we had pizza, empanadas, quiche, and Boston Cream Pie along with seafood pot pie, mushroom pie, cherry, blueberry, apple, buttermilk, lemon meringue, and Mexican hot chocolate pie. Rhea’s original Pienanza! (aka Pienanza! Classic) takes place around Thanksgiving. Since I am invited to the first and host the second, I actually get to celebrate Pienanza! twice a year, because I am a greedy greedy GENIUS.

My husband and I usually make a seafood pie, and it’s pretty easy so long as you’re willing to buy excellent seafood. This year it was gulf shrimp, grilled wild caught Alaskan sockeye salmon, and lump crabmeat. He sautées some onion and briefly cooks the shrimp then cuts it bite sized. The shrimp, onion, crab, grilled salmon, and some frozen peas and grilled corn kernels went into a partially baked pie shell (I like this Savory Pie Crust recipe these days), and is mixed with Progresso clam chowder. (He says next time he’ll make the clam chowder). Top with pie crust and bake for 40 minutes at 350 degrees.

The very best part though, even better then the plethora of pies, was gathering my people close and telling them I love them, one of my favorite ways, by making good food and creating a space to share it. 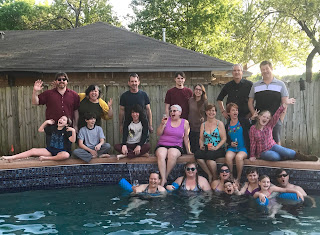 *Making Pies - Patty Griffin
Posted by Tonie at 5:14 AM No comments:

*I’m going to leave it all out there to dry


I was going to do the thing where you say wooo it has been so long since I posted blahdetty blah blah but then I realized I carry weird guilt and obligation around like “You started a blog you had BETTER FINISH IT” or “You started that book you had BETTER READ IT”  or “You said you wanted to watch all eleventy million seasons of Supernatural GET CRACKING!”  And then I decided to for once in my life not be crazy and now I realize too late I explained it so apparently you are the boss of me and I am sorry.

The Uncles (husbands not brothers) came over last night and I hadn’t seen them in three years and it was bliss. 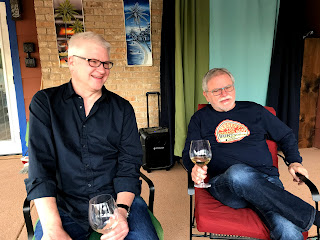 I spoiled them a little because I like spoiling them. My husband, Jeff, made tostones as an appetizer.  My uncle Ricardo said they were “pintones” because they were a tiny bit ripe not super green and they were perfect perfect perfect. We were drinking a yummy Albariño and talking talking talking. The rest of the meal was Cuban bread with butter, salad of mango and avocado, black beans, and Cangrejo con Harina which is literally crab and grits and is delicious comfort food. I actually didn’t make the harina as described in the recipe because I like this Bon Appetit Fresh Corn Grits Recipe and I DO WHAT I WANT. We finished off the meal with some 7 year old Havana Club rum, Café Cubano, and a flan so light and perfect that I’m pretty sure angels were buzzing around it, and I’ll keep that recipe to myself today (but I gave it to the Uncles because I love them).

They couldn’t spend the night but if they had, they would have had café con leche and pan tostado this morning. My husband and son love this breakfast and think it is such a treat. I already told you how to make café con leche, and the pan tostado tastes like a salty crispy fluffy pancake. The secret is you must have Cuban bread - none other will do. Cut it lengthwise, and butter both sides with a good European salted butter. Put a piece in a frying pan fluffy, buttered side down then smash it down with a heavy skillet. 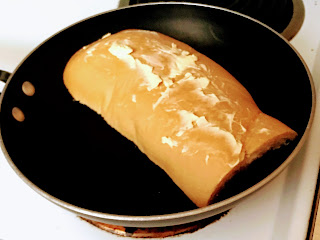 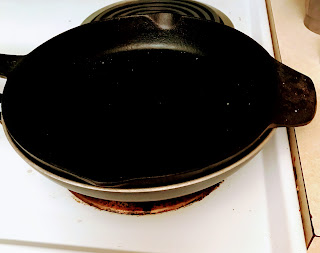 After you think it is golden brown (I don’t know how I know when that is) flip it over and smash and brown the other side. Then it’s yummytime. 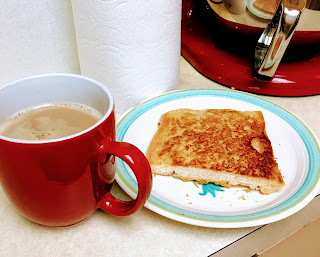 We have an unexpected free day today, like the eye of a hurricane in this nutty party filled entertainmenty Spring. I might paint...or plant...or cook...or swim...or loll. I am an exceptional loller. (Is too a word, shut up) but I don’t get many opportunities. It’s a good thing to do, especially if you are worry spinning and it’s time to stop being crazy. Not that I know anything about that. I meant for you. I’m fine. I’m going to leave it all out there to dry.

*“You Worry Me” by Nathaniel Ratliff & the Night Sweats
Posted by Tonie at 8:03 AM No comments: