*life is a blessing, it's a delicatessen of all the little favors you do

Yay! I  was invited to perform in the Austin Poetry Slam 20 Year Anniversary show. Jeff and I both will be reading in the 10 to midnight set on Friday May 15. I can't decide if I should do something I used to do a long time ago or new work. What do you think? Greatest Hits or the New Hotness? Use thatlink to get your tickets if you're coming. The lineup is insane and this show will sell out.

BOO TIMES INFINITY!!! United Healthcare is evil. Like I am beginning to think they are the villain in my dinner theater melodrama. We have all 5 kids double covered under two UHC policies. Last year Dylan had spinal fusion surgery. Dylan is actually triple covered with the third policy being Medicaid so it should never be the case that we are faced with crazy medical bills for him. But we are. All the time. On the day of his surgery he had some tests done that were quite expensive. The surgery was paid for and it was over a hundred thousand dollars, as well as several other things, but the claim for these tests was denied on the basis that the other company was primary. Prior to the denial the policy had requested the treatment records from the provider. I got billed and called to straighten it out. They said they would resolve the issue with the confusion regarding which policy is primary but they still needed treatment records. I called the provider who said they had already sent the records. I called the insurance company and they said, yeah, we're kinds gonna need you to send those AGAIN. So I called the provider and asked them to resend.

They did and were denied and told that it was on the basis that the provider couldn't appeal the claim I had to do it. I did receive an EOB but it said we were denied on reprocess because the other policy was primary. (It isn't).

I called UHC today and the person I spoke with was a giant jerk and when I insisted on speaking with a supervisor transferred me out of the queue back to the enter your id number part of the call. I finally got a supervisor and maybe its resolved or maybe I will have to fight (and fight and fight) another day.

Yay! Yay! yay! I was overjoyed to get to spend Mothers Day with all of my kids except my little college lamb who was headed into finals week. She'll be home soon. I also unexpectedly got to spend Mother's Day with my mother, which was amazing as I haven't seen her since last August. She lives fairly near but her life situation precluded much time together, but she was able to come see me now. Missing her has been a huge hole in my heart and I was so glad to spend the day with her.

Yayish? Boolike essence of yay/boo? Griffin was struggling with his mood this weekend though so our visit was a little short, still I got to see him and be with him.

YAAAAAAY WOOOT HUZZAH!! For my birthday Jeff took me for a seven course tasting menu at Wink and it was wonderful - like a great big entertaining SHOW - and delicious! Bonus! 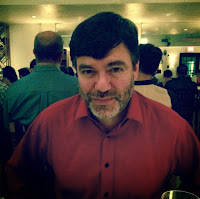 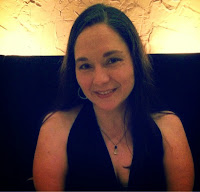 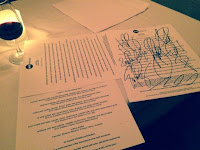 He also sent roses and chocolates to me at work, got a perfect chocolate cake for my birthday and champagne for us to share with friends, and bought me a lovely pair of earrings. I feel pretty special. I think that was the plan. 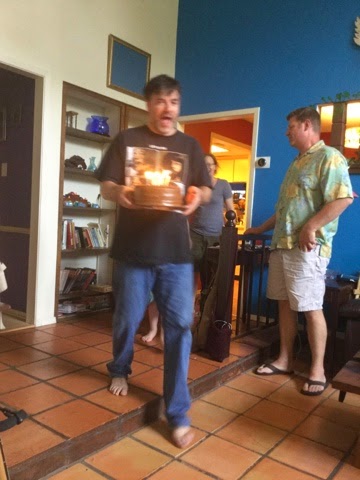 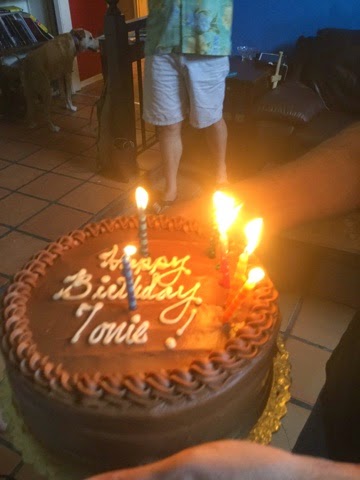 What I'm Reading - Just finished the brand spanking new Lucas Davenport novel,  Gathering Prey by John Sandford . Not bad. Looks like we might even get a bit of a shake up for the characters in the next one. Lucas' adopted daughter Letty is a certified badass.

I also just finished Me Before You by JoJo Moyes - man I ZOOMED through it and it was quite well done. The premise is a daredevil risk-taking young and wealthy entrepreneur is a paralyzed in an  accident, and in a suicidal depression. A young woman is hired as his caregiver and she seems to wake him up to the joys in life again. Beautifully done.

On deck I have The Year My Mother Came Back by Alice Eve Cohen that I checked out of the library TODAY so I have nothing to say about it. YET.

What I'm Listening To - well thank heavens it isn't the racist, preachy, kill an animal every 5 seconds horror show that the Swiss Family Robinson became. Harrison and I, in desperate need of a brain scrub, are embarking on the Wil Wheaton audio version of Ready Player One, written by my awesome friend, Ernie Cline.

*You Got Gold - John Prine