These are my paternal grandparents with their firstborn, my dad. This photo was taken in Cuba. 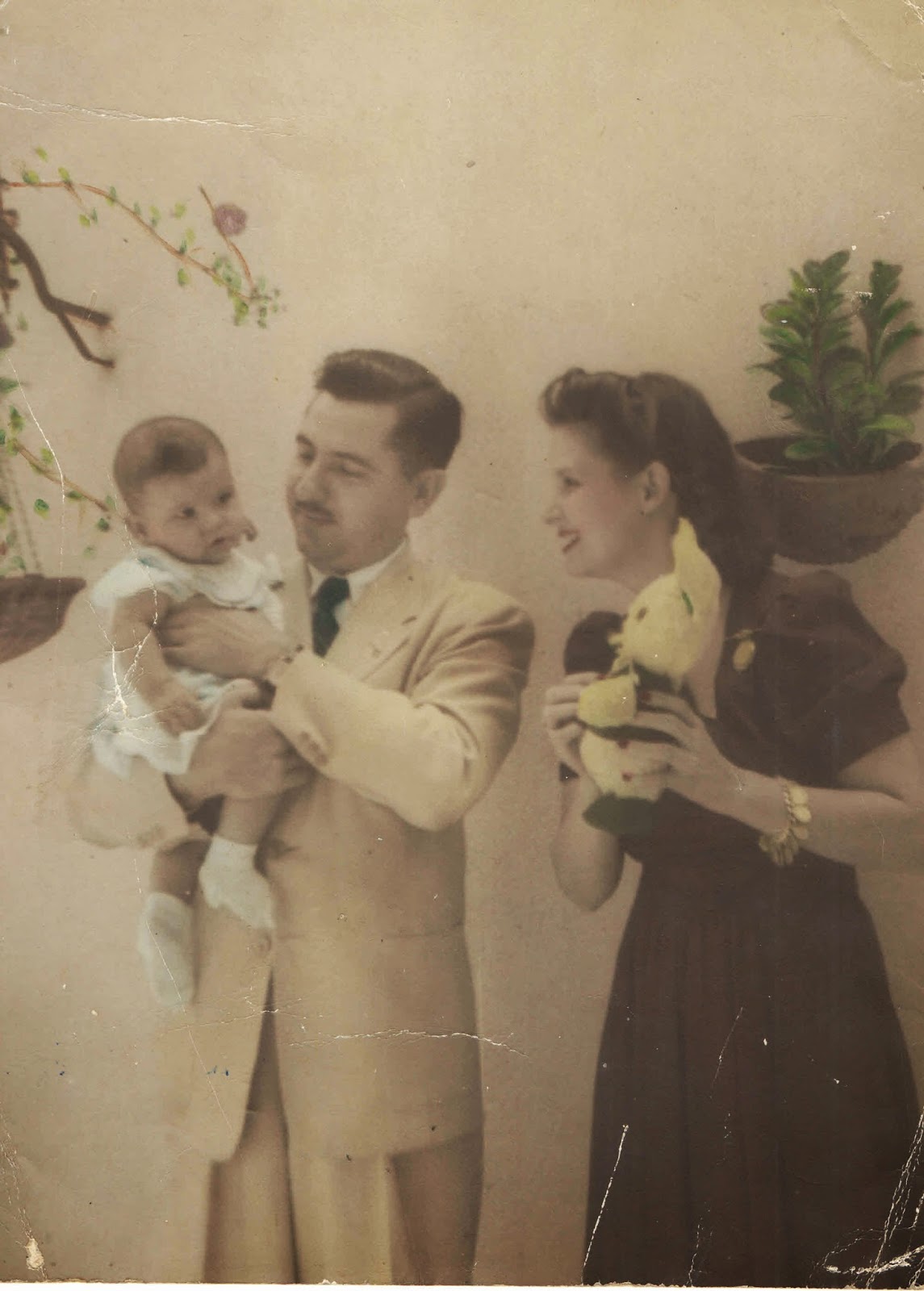 My grandparents and their brood of 6, five boys and a girl, fled Castro and came to the United States in 1960. It must have hurt to never see your home again.

My grandfather was a small neat man with silver hair. As I flipped through photos for this post I often found ones of me standing next to him or in his arms. I adored him. This is me at 7 1/2 months in his arms, with my mom (how cute is she?), brother and great grandfather, December, 1967. 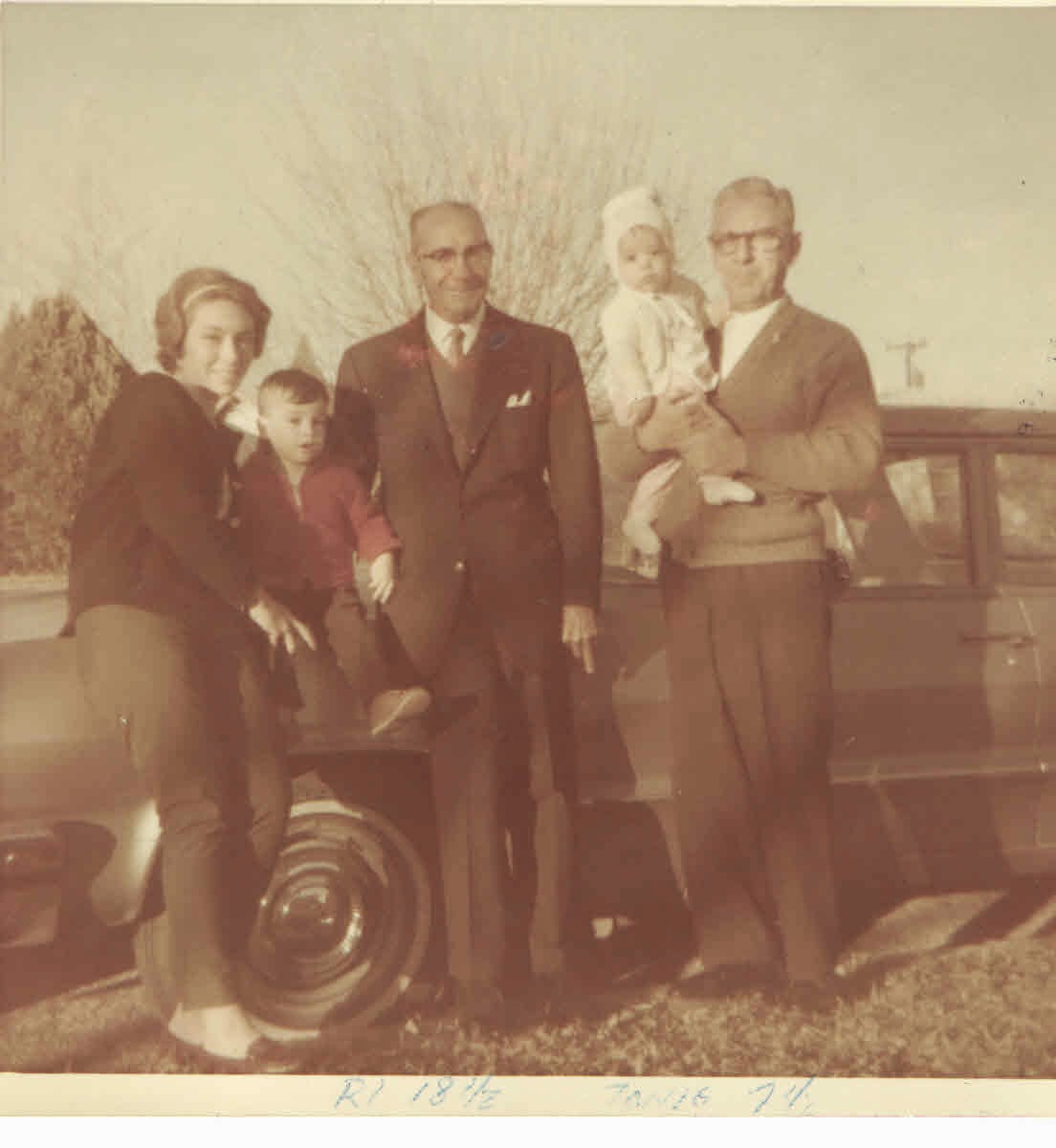 Here I am with him again, and my grandmother, father, and brother. October 1968. I am two years old. (Also how cute is my dad in those aviators?) 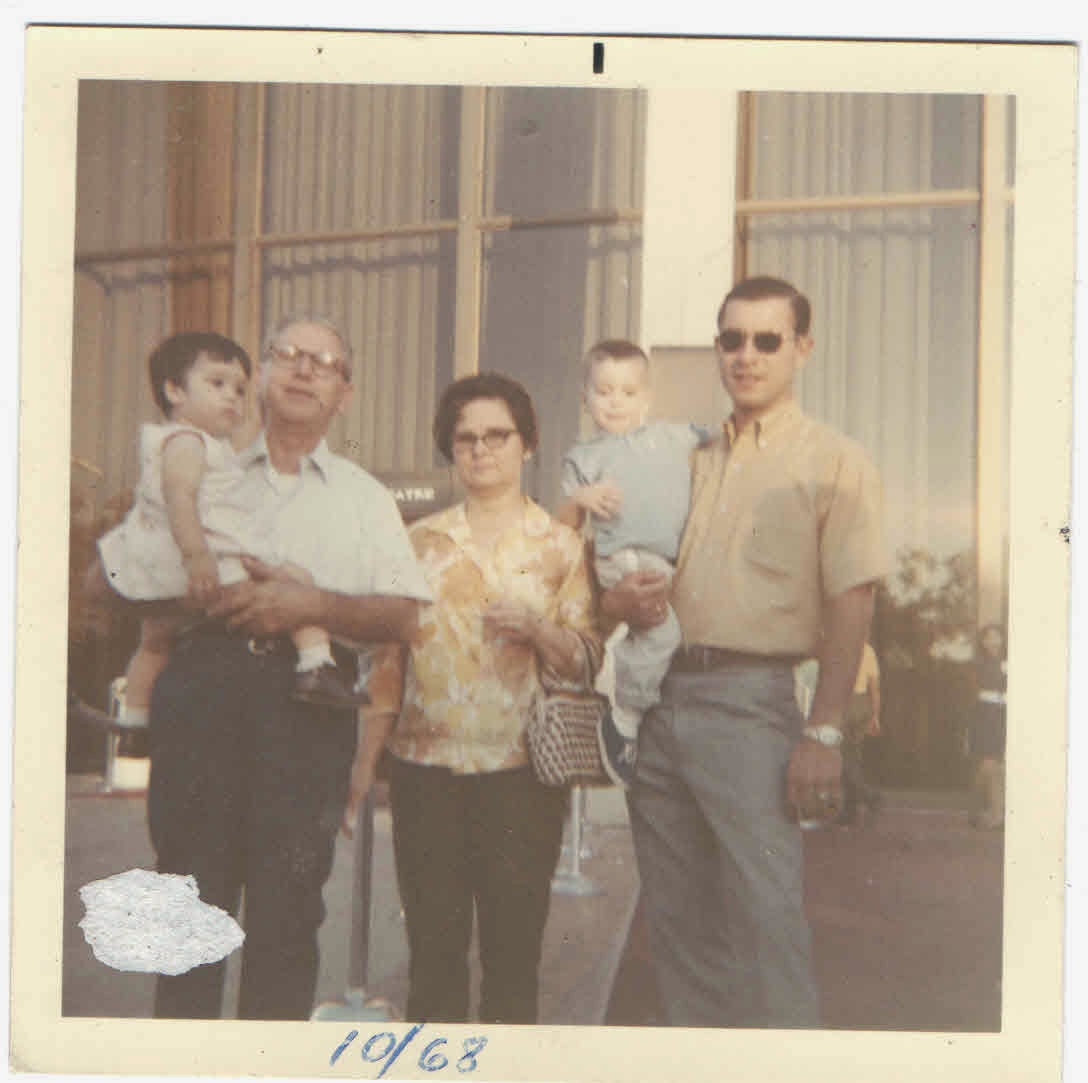 Abuelo saved caramels and Brach’s nougats with the bright and rubbery fruit gels in them in his desk for me. A crisp new white paper bag every couple of weeks.  He always had a stash of sharpened pencils and pads of paper so I could draw. He liked all my drawings. He sharpened my pencils himself with a knife. He was the softest touch in the family for a quarter for the ice cream truck.  Until I was 7 we lived in a duplex with my grandparents on the other side and I wandered as freely through their home as I did our own. It was an idyllic way to grow up and not an experience usually provided in this country. This is my grandparents with me and my brother and my little cousin, in front of their half of the duplex. I love his face. Also, I am finally seeing that my youngest kid does look like me. 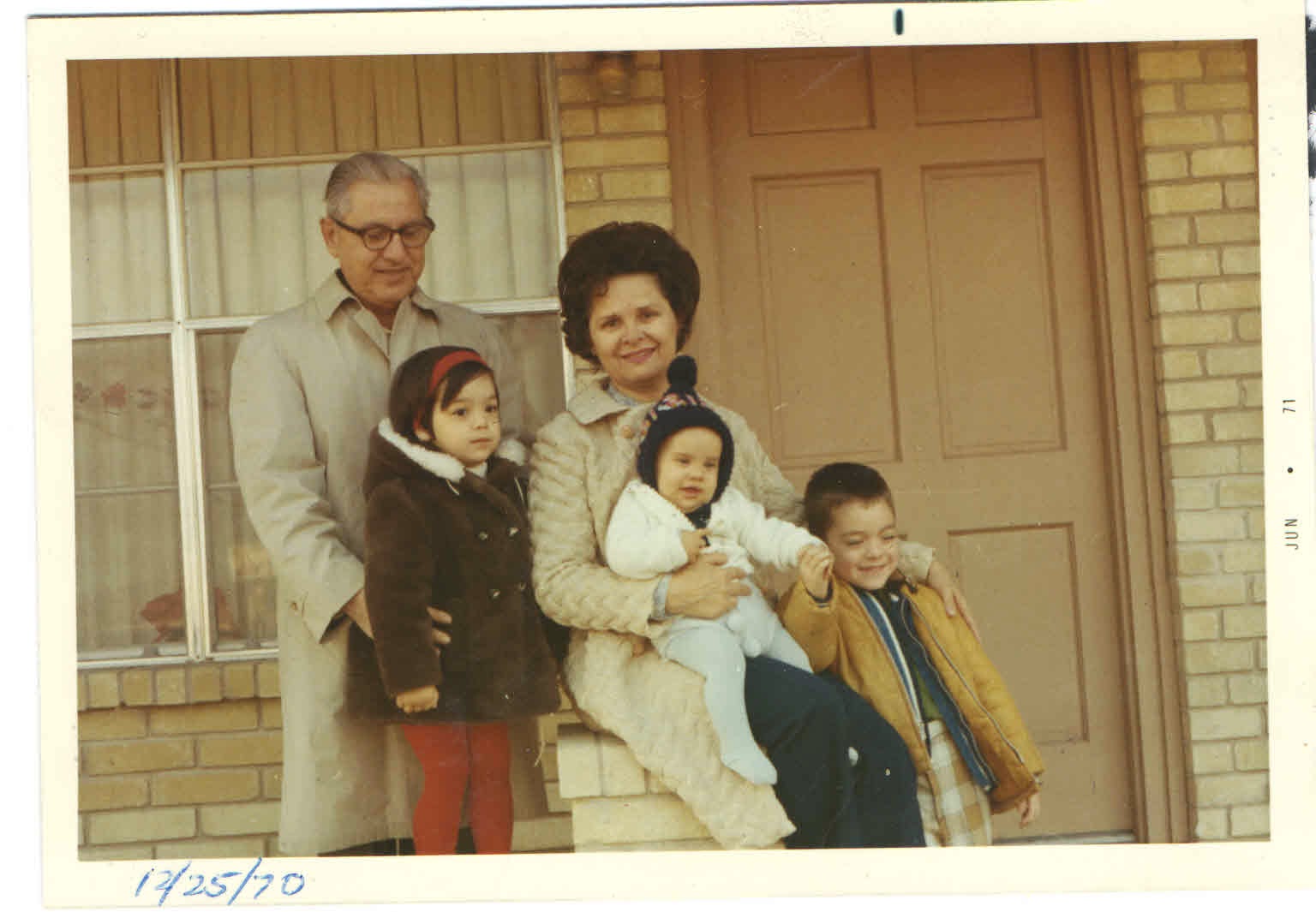 I would often spend the night at my grandparents. I remember laying on my stomach on their carpet – head propped on my hands – watching Lawrence Welk and Hee Haw. He made these awesome sandwiches and sliced the meat himself paper thin, the cheese shaved off the block, then mustard. Ham, mustard, swiss and a pickle. Delicious. Big family gatherings were often at the house my parents built when we left the duplex. This is one from Christmas of 1975, where I am enticing him to dance with me. 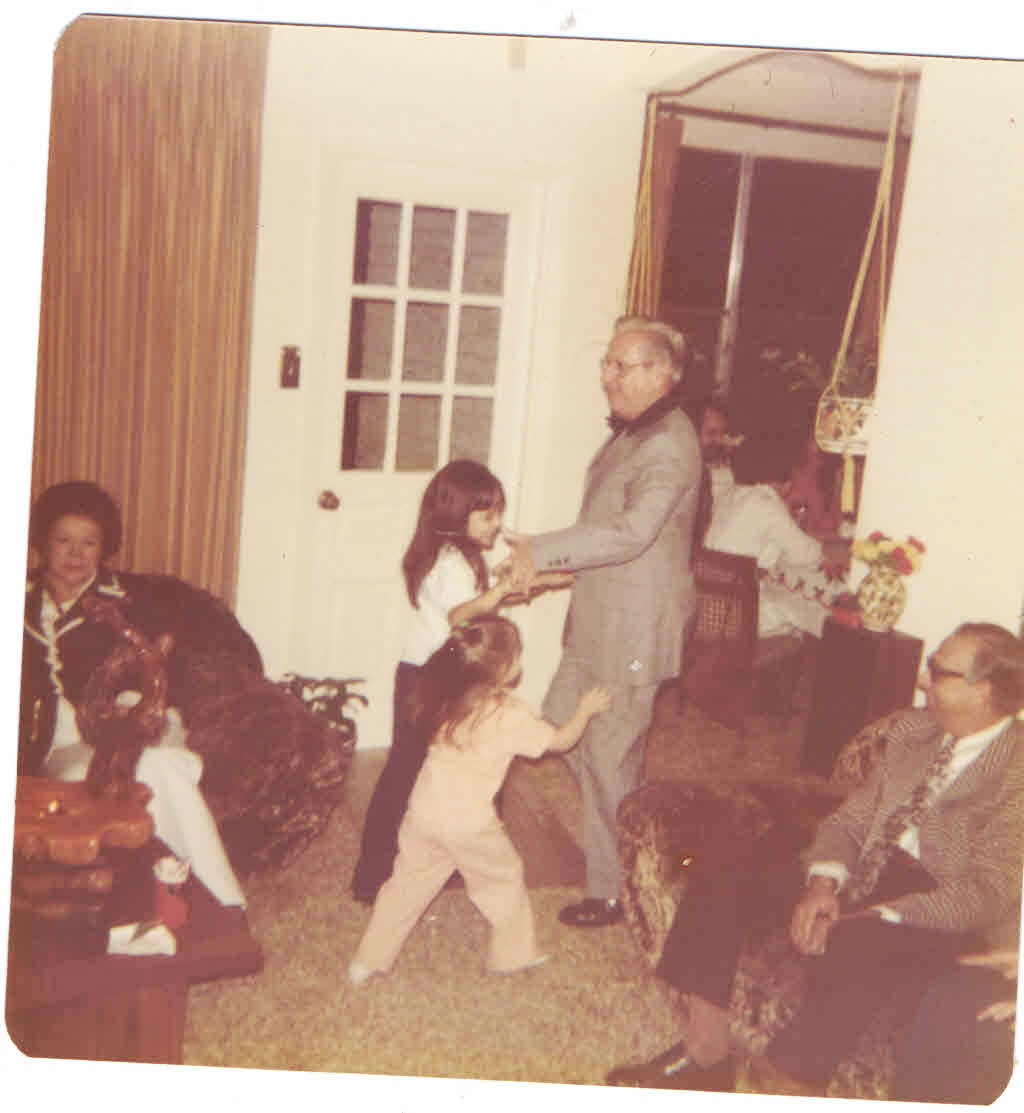 When I was in high school I lived with my grandparents for a short while and he seemed (whether or not he really was) absolutely delighted to have me there. He knew the names of my friends and boyfriends and liked just talking to me. When I learned to drive I got his old car – a brown Chevette.

I moved away to college when I was 17 and the first time I noticed we were losing him a little was a couple of years before he died, at a family party in Houston, when he kept saying we were in Austin. Easy enough slip, but not for this precise man.

He was diagnosed with cancer in January and died March 19, 1990 at the age of 80. I didn’t realize how lost I would be without him until he started slipping away. I started spending as much time as I could with him in San Antonio. In his head he had wandered away to somewhere in Cuba. Sometimes he thought I was his sister. He let me feed him, but was often difficult when others tried. I never corrected him when he commented on our surroundings as if we were in Cuba. Some small part of me felt glad that I was seeing it all with him.

Today my extended family will gather at the cemetery to commemorate the 25th anniversary of his passing. I can't be there but hope to see some of them before they scatter. That's where it will really feel like honoring him to me, because that's where I can still find him.

I miss you so much, Abuelito, my prince of the silver hair. 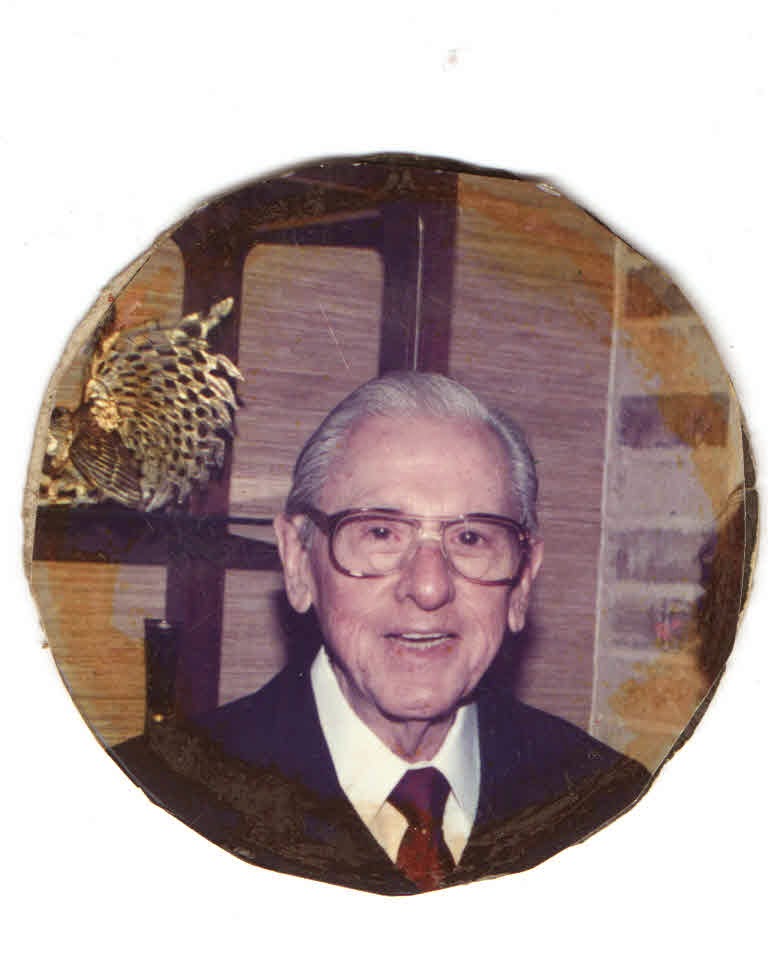