Yay! For the last few years we have gathered together to eat pie - a little holiday called PIENANZA! and this year we had an epic Pienanza since we could have it on Pi Day! We had Key lime pie, strawberry rhubarb pie, mushroom cheese quiche, buttermilk pie, beef and veggie em-PIE-nadas, salted caramel pie, blueberry pie, seafood pot pie, and veggie pot pie.  Later there was singing and guitars. In fact, three big dudes with tiny guitars around the fire pit. Kids jumped for hours on the trampoline on a crazed sugar high. Great friends. Great fun. 3.14 represent! Awesome holiday! 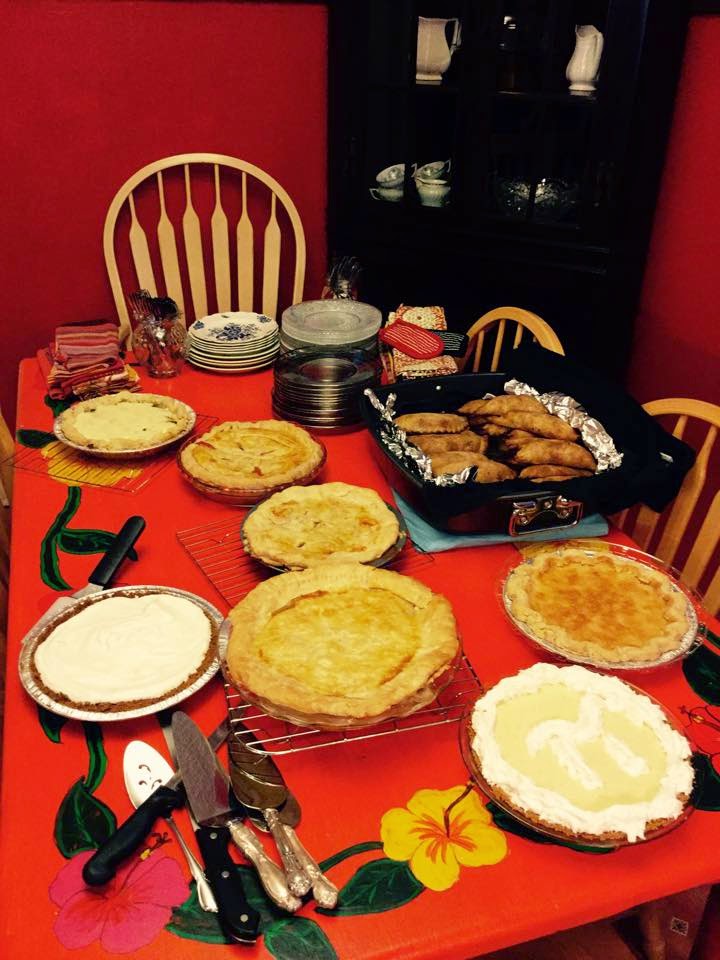 Boo - my 5 year old laptop has taken ill, poor old thing. It periodically decides to just have a black screen on boot up. That happened today and I decided to go buy a new one. As soon as I came home I tried my computer again and tada - a screen...with pictures....so...frustrating.

Yay - but I decided to keep the new laptop anyway since the other one is now Old Unreliable. Woohoo!

Boo - earlier this week I spent some time straightening out a surreal situation with United Healthcare where they denied coverage for my son, Dylan, on the basis that his other UnitedHealthcare policy was primary (it isn't) on the same day that they paid multiple claims for him since he had surgery that day, but also requested treatment records. I called to straighten out the who's primary issue and they wouldn't reprocess the claim because they had requested treatment records. I called the provider and they said they already sent the records only to be told the claim was denied. I called United Healthcare and was told the provider would have to re-send the records. And then I was pretty sure I was in an avante garde play by Ionesco and I got a tiny bit filled with rage and bile.

Yay - I am stubborn, well educated, and absolutely sure I will win in the end.

Boo - Jeff picked up our son Griffin from the group home today and he looked....kinda skanky. His shorts kept falling down, he had not been shaved, his hair was dirty...I hate that. I hate that I have to call AGAIN and talk about this.

Yay and Yay again - Griffin isn't one bit bothered by any of that AND he was super happy because I fixed his computer and got it back to the group home and all set up. While at our house he treated us to some classic perseverating on Ladybug's Picnic.

Yay - it's Spring Break - and although I couldn't take the week off I had to change my work hours to come in later this week and still leave at the usual time because of the hours my son, Harrison's acting camp runs. WOOOOT!!! Sleeping in until 7 every day - like a celebrity! Fancy!

Yay! My extended family will be gathering this week and I hope to get to see them.

Yay! This week I am taking this awesome memoir writing class with Spike Gillespie!

Life is good, y'all.