Harrison has been writing poetry. (Sensitive writer apple does not fall far from the sensitive writer tree!) If you are Jeff's Facebook friend you have seen some of the really amazing work Jeff has been producing this month, touching and beautiful and finely drawn. 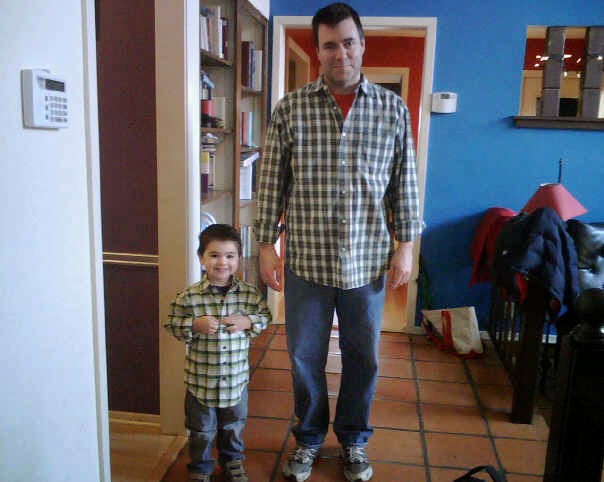 Harrison's principal asked him to read the following poem he just wrote to the whole school at the assembly today. I got to watch him and he did great! I transcribed it because it’s hard to read but am uploading the photo because the sweetness of his own handwriting and the blob of syrup from his breakfast was too delicious not to share. 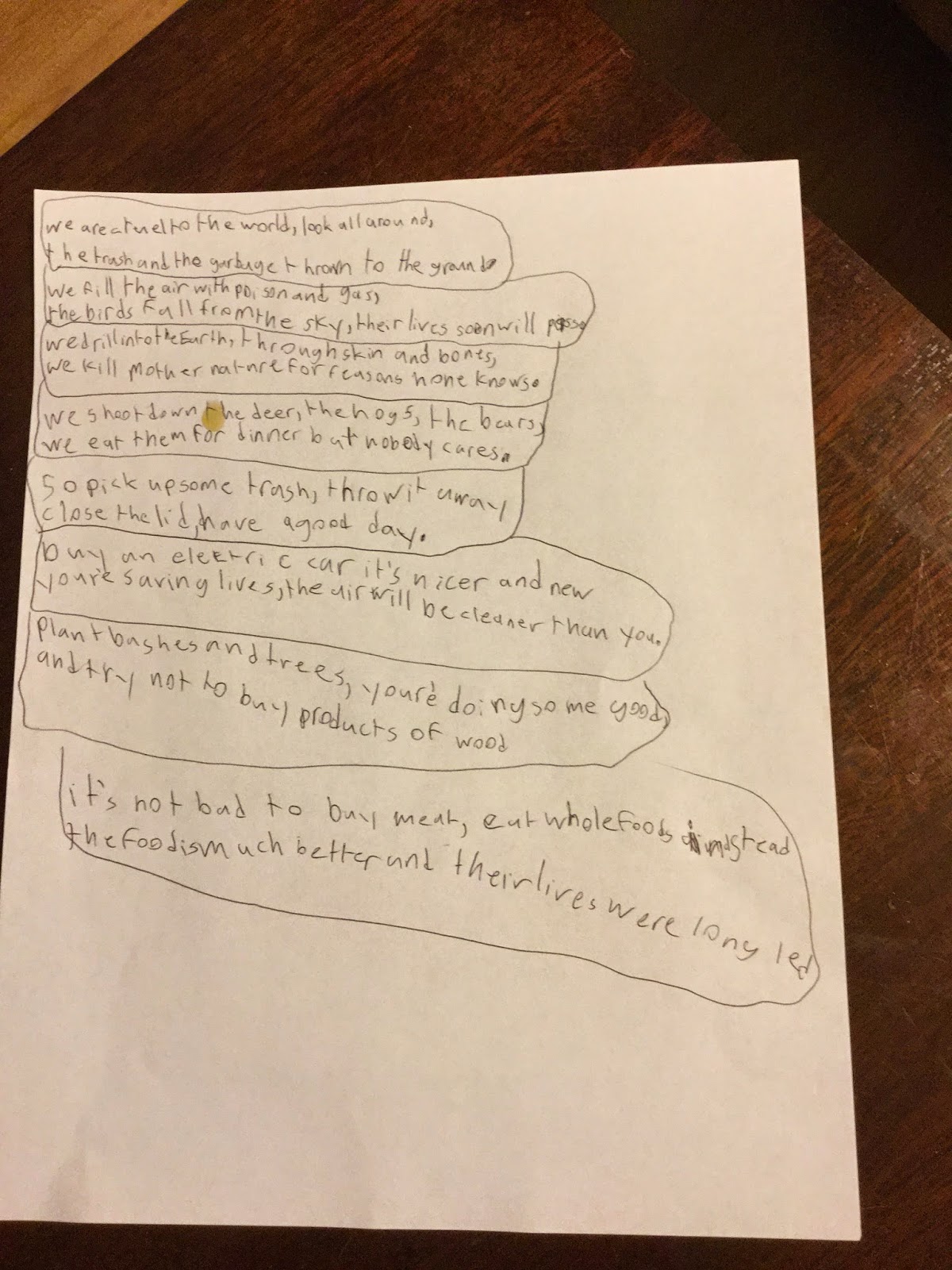 We are cruel to the world, look all around
The trash and the garbage thrown to the ground
We fill the air with poison and gas
The birds fall from the sky, their lives soon will pass
We drill into the Earth, through skin and bones
We kill Mother nature for reasons none knows.
We shoot down the deer, the hogs, the bears,
We eat them for dinner but nobody cares.
So pick up some trash, throw it away
Close the lid, have a good day.
Buy an electric car, it’s nicer and new
You’re saving lives, the air will be cleaner than you.
Plant bushes and trees, you’re doing some good
And try not to buy products of wood.
It’s not bad to buy meat, eat Whole Foods instead
The food is much better and their lives were long led


He's so intense! He loves to eat game (though not bear) so I am not sure what he was trying to say with the line about shooting and eating the deer but no one cares. Once he finished a parent who didn't know I was his mom, said “He should do poetry slam!” HA! If she only knew.

*Homeward Bound - Simon and Garfunkel
Posted by Tonie at 1:35 PM