*if you break down, I'll drive out and find you. If you forget my love,I'll try to remind you, and stay by you when it don't come easy

Today I felt like I was stuck in the wet oppressive air before a storm. I'm not really sure why I felt like that, though I tried to come up with a reason. Should you have a good reason to feel bad? I mean sometimes you just DO but is it a requirement?

Maybe it is a requirement because I got a reason later.

The case manager at Griffin's group home called me tonight to let me know that Griffin had attacked a staff member and when she tried to extricate herself he fell against a wall and cut his forehead. (I know that didn't sound right to me either- later queries revealed said wall was actually the fireplace, or maybe a shelf.) He's okay - calm now and seeing a doctor though the case manager didn't think stitches were likely.

I feel helpless to protect him, and conflicted about what happened too because I have lived in the war zone he can create, and he doesn't seem to need any protecting then, others do.  Am I angry? With whom?  I can't separate the rotten truth from the delicious bullshit. He is so often so sweet... 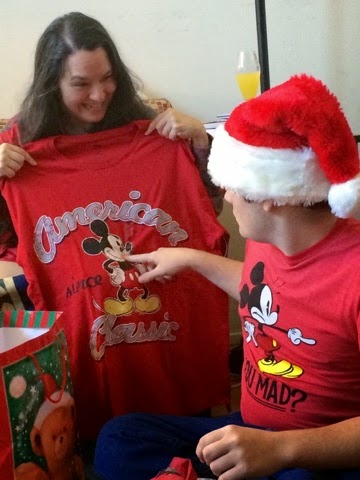 at Christmas he was getting his Mickey Mouse itch scratched and he was pretty adorable. 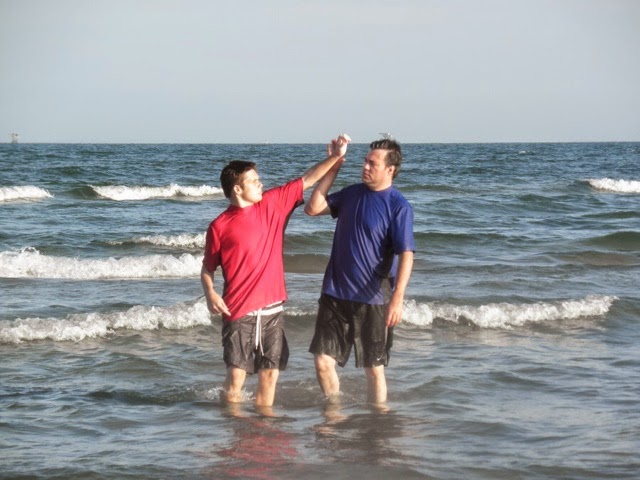 the last vacation we ever took with him was awful. He was obsessive and aggressive. At one point I was barricaded in a small bedroom with him because I was the only one in our family he wasn't attacking. It was an awful, horrible time. Shortly after that we got him into a group home and I thought I would never stop crying when I dropped him off after a visit. I eventually did but it took a couple of years.

Probably his injury today was just an accident...but I worry. I want to make it better, whatever it is that upset him in the first place, like this mama cat.

I wish I didn't suck at sleeping. Sleep would be great right now.

What I'm Reading - The Silent Wife by A.S.A. Harrison. Mystery/thriller. Don't know if I like it or not. I've just started.

What I'm Listening To - Jeff's sweet deep breathing. He does not suck at sleeping. Also Joan Armatrading.