* I wonder what would happen if you say what you wanna say and let the words fall out honestly, I want to see you be brave.

The SHOW is coming up on Saturday and I am totally not skeered. Although phrased like my usual brand of b.s., that’s true, this time. I’m excited! I am absolutely getting my brave on, and I’m happy to get to hang out with this awesome and  beautiful cast of fabulously righteous women. I am happy so many of my friends, family, and framily are coming to see it. I'm even sober right now while I am saying this!

Since my Listen To Your Mother piece is about a day five years ago with Griffin and Dylan, here’s a Where Are They Now (apparently my secret writer aspiration is to write for Parade magazine):

Dylan is 22. He aged out of high school last year. He spends his days with his biological mom, and is with us every other week, for the evenings and weekend. He has cerebral palsy, is nonverbal, and does not have use of his right side. Prior to April of 2010, Dylan took no medication, had very mild scoliosis, was alert, and had good trunk and left hand control.  He could feed himself and scooch around on the floor independently. For unknown reasons  he suddenly started uncontrollable head movements, and lost control of his left hand. His neuromuscular scoliosis advanced at rapid and alarming rates. He could no longer get around independently or feed himself. He also went from a sunny happy all the time personality to a more withdrawn and vacant one. Seizures were ruled out. After a series of trials a medication was found to control his head movements.  He is mostly bed ridden now, and has a G-tube for feeding. He had spinal fusion surgery last October. He doesn’t really grab anymore. He is often unhappy now, but it’s difficult to know why. My husband, Jeff, will try various positions and entertainment options and that will often work for a while. Every now and then the sun will peek through and he will laugh and smile as he used to, and it’s amazing. He still loves movies, and especially scenes of chaos and destruction!

I took this photo of Dylan and his dad at Christmas. 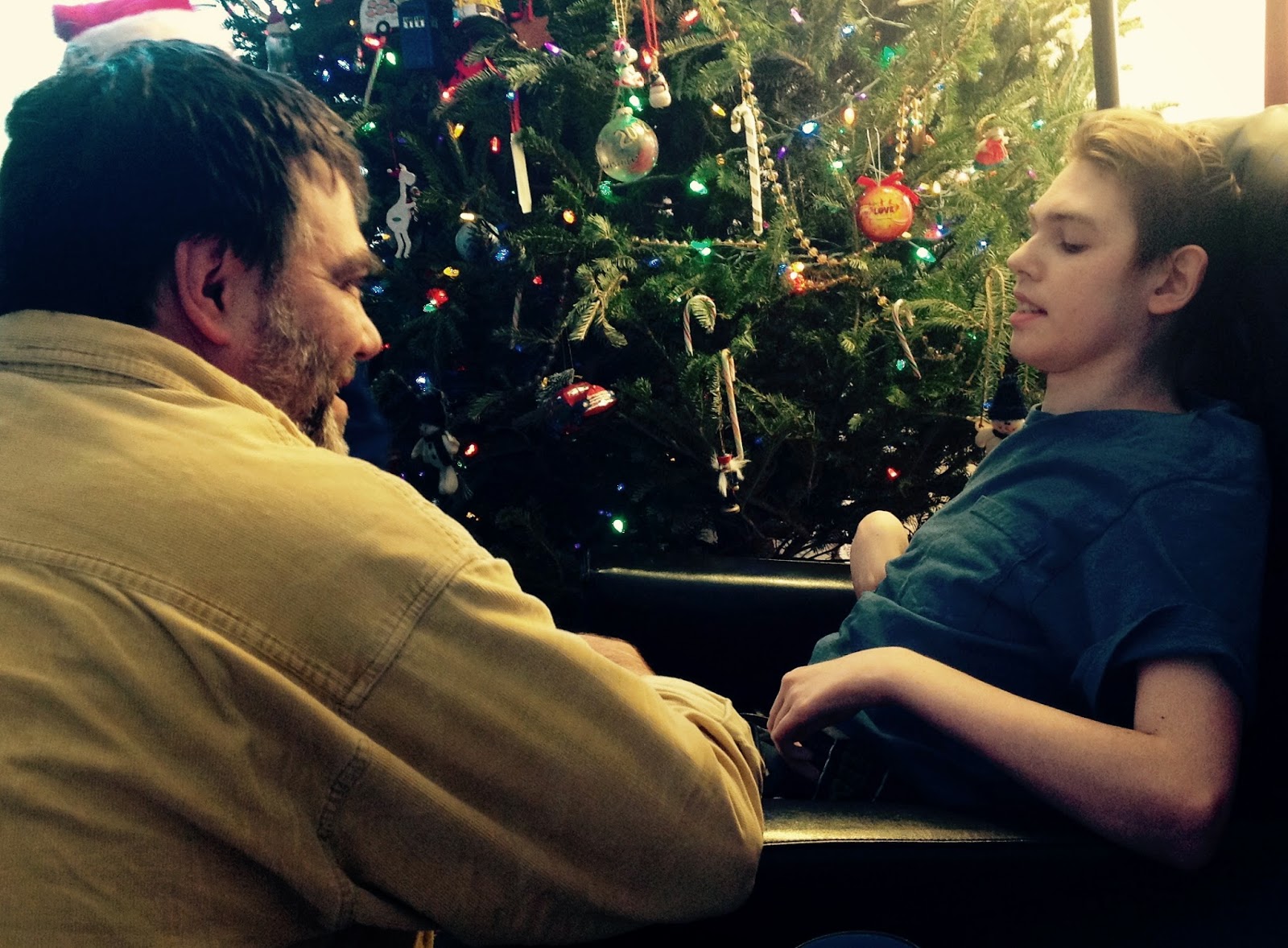 Griffin is 20. When he was 17 we made the absolutely heartbreaking decision to move him to a group home. It felt too soon, and yet we didn’t really have a choice, as he was extremely aggressive and it wasn’t safe for Dylan, or really any of us. His group home is only 3 miles away though, and I see him every weekend. He is still in high school, still wears a diaper, is low verbal. His receptive language isn’t bad at all though, and he’ll follow simple instructions. He loves googling videos he watched when he was very young and watching them over and over on YouTube. Sometimes it will be the previews on the VHS tape that he’ll want to see, but you know what?  They are very often on YouTube! He’ll google something like “Walt Disney’s Masterpiece Gold Collection Pocahontas VHS” and tada! There it will be and he will happily watch the previews over and over. Or just the part with the logo where the announcer says “The maaaaagic of Disney” only it will be like infinity times for those of us in the audience and it will go like this: “The maaagic of Dis….the maaagic of Dis….the maaagic of Dis….” Repeat. Forever. He still loves popcorn. He still jumps up and down….even if he’s holding popcorn. (That will make more sense if you come to the show. Come to the show!)

This blur is Griffin in his room at the group home, super happy because I got him a computer. 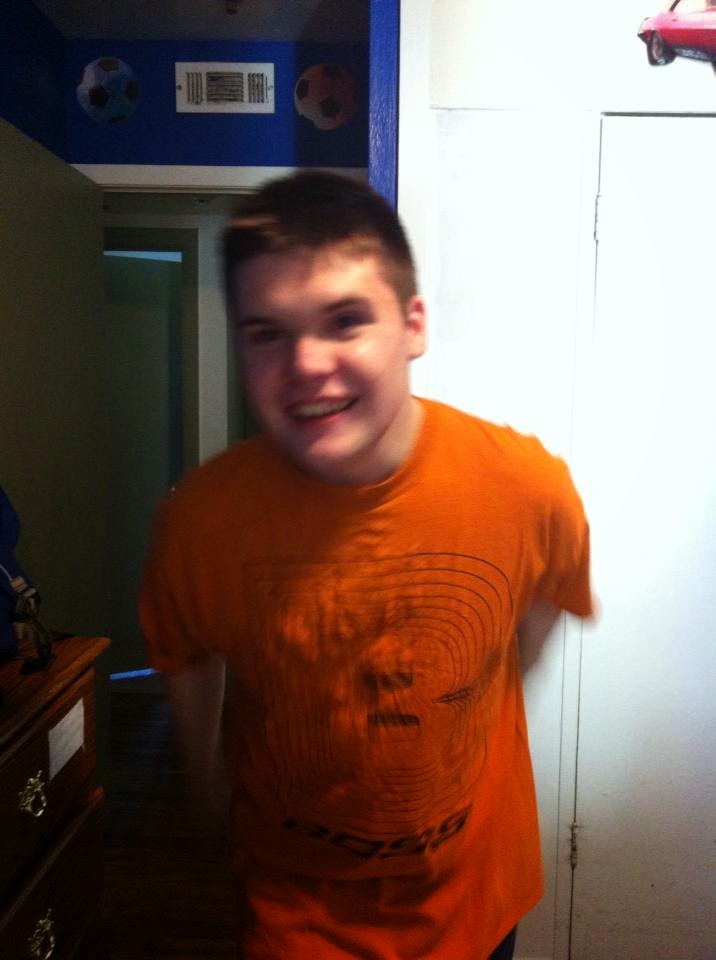 This is Griffin on his first birthday on my dad’s shoulders and Dylan at three on Jeff’s. 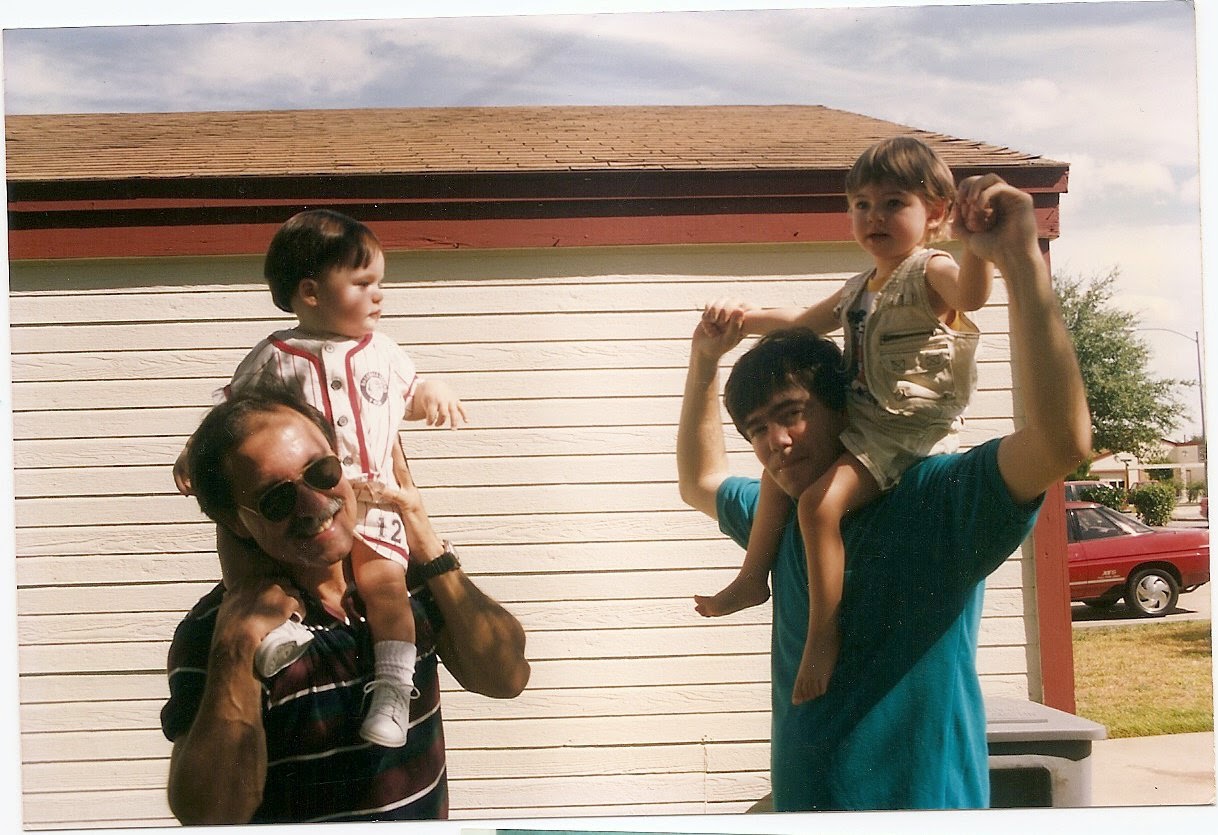 Here is a family shot  from 2011 where Dylan is managing to grab Cassidy and photobomb! A multi-tasker! Griffin is auditioning for the part of a secret service agent. 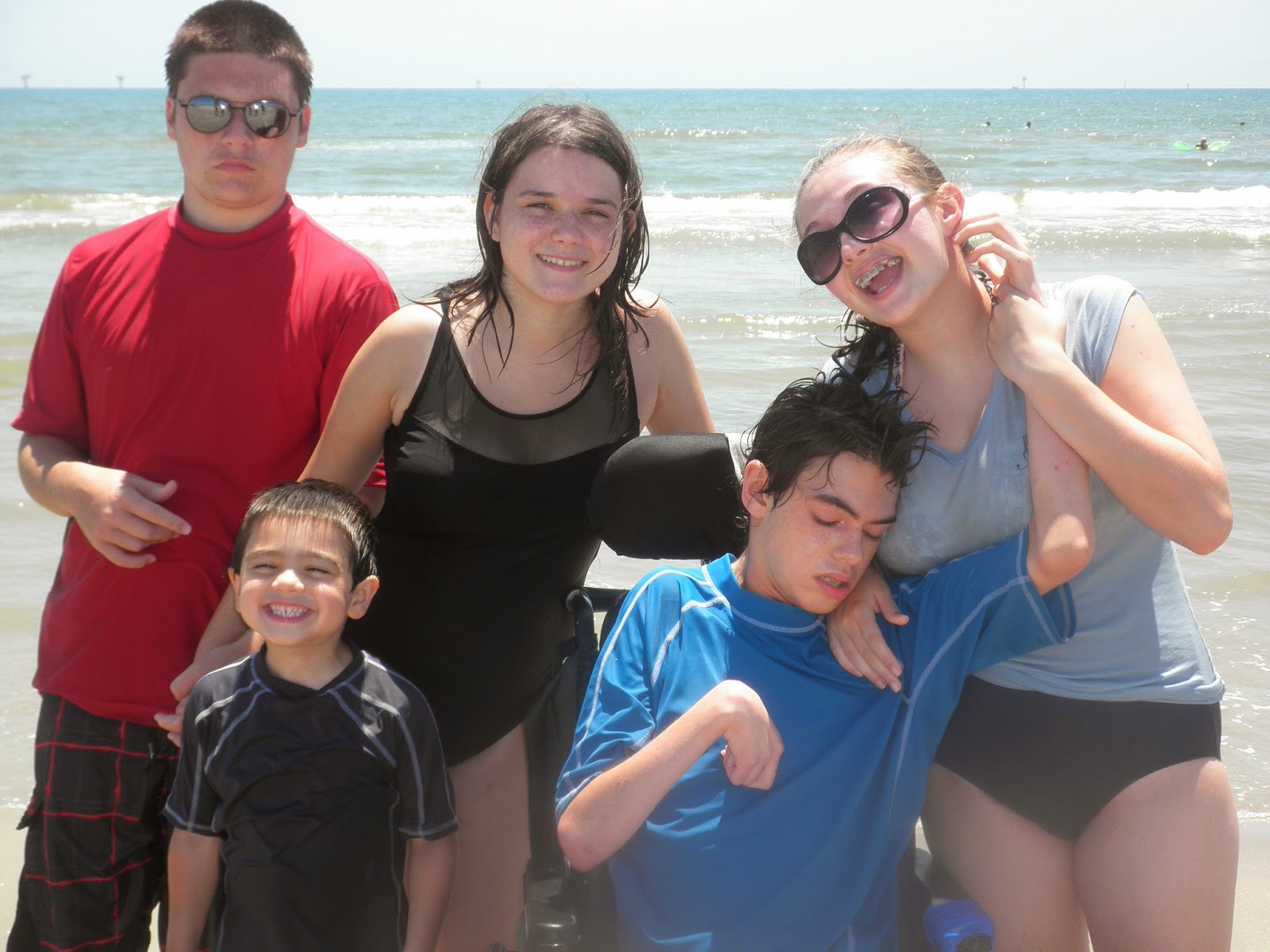